Glatt in the collaborative project “ResaatEL”

Introduction of a newly developed, low-cost electron source type for seed treatment to save costs for future treatment modules.

Seed dressing is used to control pests and diseases on seeds and creates conditions for better germination in the soil, thus increasing land productivity. It is considered the most important single measure in crop protection: No other measure brings such a high increase in yield. Nevertheless, there are drawbacks to chemical seed dressing, which is the most common dressing method worldwide. Resistance phenomena of the pathogens force a constant further development of the active substances. However, the range of approved active ingredients is becoming increasingly limited as more and more negative effects of the substances applied to the soil with the seed are observed.

In the past, Fraunhofer FEP has therefore collaborated with Schmidt-Seeger GmbH to develop an alternative technology for seed treatment that uses low-energy electrons to kill pathogens in the seed coat. Based on a prototype that has been developed, it has been demonstrated in recent years that this technology has the potential to be a highly productive method for chemical-free control of pathogens on cereal seeds and fine seeds. Despite the positive results and a number of recommendations, the technology has not yet been able to establish itself on the German market. The main reason for this is the complexity of the existing technology, which can only be used advantageously in sufficiently large treatment modules and requires sufficiently large quantities of seed to be treated. However, the strong fragmentation of the German market requires less complex, modularly designed and thus more cost-effective plants.

The aim of the project was therefore to create broader market access for electron treatment and to make the technology interesting for a wider range of users. The focus was on developing a basic concept for inexpensive and modular electron treatment units for effective, resource-saving and environmentally friendly seed treatment. The aim was to eliminate known deficits and remove existing obstacles by creating user-friendly and flexible solutions.

To achieve the overall goal, two approaches were taken in the “ResaatEL” project:

Introduction of a newly developed, low-cost electron source type for seed treatment to save costs for future treatment modules.
Development of a completely new module concept for the flexible combination of different seed treatment processes, which can be adapted to the specific requirements.

Both aspects were tested on a demonstrator and the effectiveness of the overall concept was shown in initial field trials. This added a crucial innovative seed treatment method to Glatt Ingenieurtechnik’s equipment and process portfolio. Seed suppliers BayWa AG and Nordkorn Saaten GmbH are now in a position to meet the requirements and growing demand of organic farming.

The work packages handled by Glatt Ingenieurtechnik focused on the design of a flexible, modular plant concept which allows both the staggering of throughput rates and the combination of different treatment stages and processes. Subsequently, a laboratory plant based on the previously developed concept was planned, built and commissioned at Fraunhofer FEP. Now, extensive experiments on electron treatment of seeds can be carried out. In the following project phase, a concept for a demonstrator suitable for the treatment of production-relevant seed quantities was created on the basis of the previously gained knowledge. After construction and commissioning, an extensive test program for electron treatment of seeds is also planned.

The project “ResaatEl” was funded by the German Federal Ministry of Food and Agriculture BMEL (funding code 2815405110). 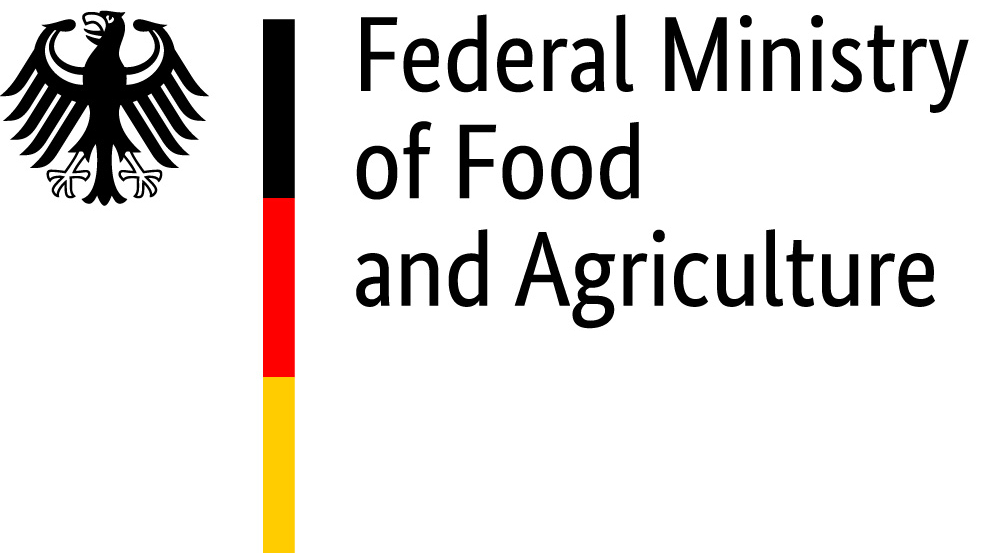 You want to know more about this topic? Simply contact the Glatt experts!

Further information on this topic and related topics can also be found in the following publications:

Link to: A Fluid Bed Approach for Urea-based Fertilizers 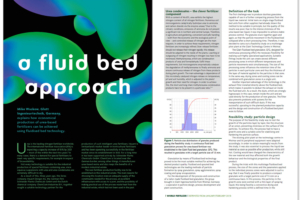 Link to: Formulation For Success – Fluid Bed Systemes as Key for the Production of Speciality Fertilizers 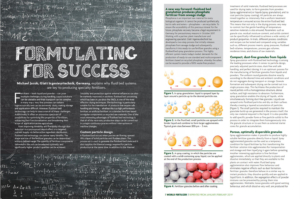 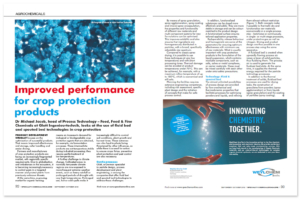 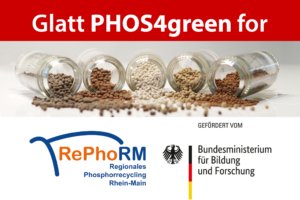 Contact All R&D-projects All published articles
Scroll to top